Islam is not a religion of peace

The enemy of Islam is information - Spread it! 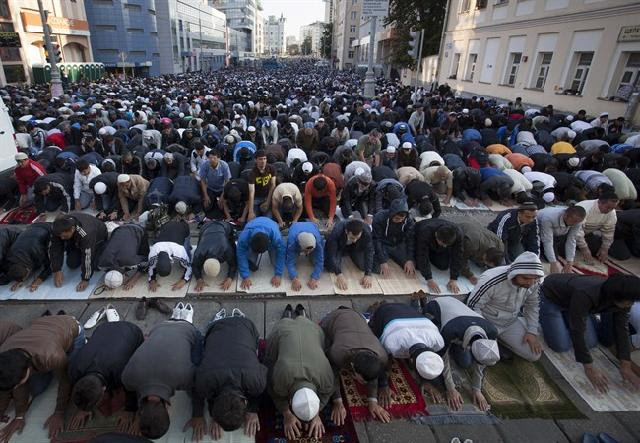 Some time ago an interview was held in France with the French Muslim student Mohamed Sabaoui, who said the following, and I quote:“Your laws do not coincide with the Koran, Muslims can only be ruled by Shariah law.We will declare Roubaix an independent Muslim enclave and impose Shariah Law upon all its citizens.We will be your Trojan Horse, we will rule, Allah akbar.”End of quote.....The Muslim immigrant does not trade one national identity for another. What he does is bring along his local ethnic identity and his global religious identity, and unpacks them both in Sydney or London where he is a member of an ethnic community and a religious community.Europe, for many decades, has adopted the approach of multiculturalism; partly to accommodate the special demands of Muslim immigrants. This policy has led to Muslim enclaves in Europe’s cities – entire areas dominated by a culture and values foreign to their host countries. By extending them special treatment, Europe has not succeeded in integrating Muslims into their societies and is now waking up to the abject failure of their multicultural experiment. From restrictions on the height of mosque spires to banning the burka: we are witnessing, in Europe, a backlash against a multiculturalism that has failed its main goals to include and accommodate.European multiculturalism has failed because it doesn’t understand just how alien the Islamic worldview is to their own.Everything about Islam: it’s hadith, traditions, culture, Sharia law and Jihad is based on the unerring truth of the Quran.The word “kill (or ‘slay’)” appears 189 times in the Quran, 27 times in the imperative: Muslims are required to fight and kill us non-Muslims, even though some Muslims might not want to. (Koran 2:216). After the terrorist attack on 9-11-2001, President Bush assured all Americans that, "Islam is a religion of peace." Unfortunately that is not true.I am getting tired of hearing that Islam is a religion of peace. Its followers proclaim it at every opportunity. Loudly and forcefully, they tell everyone how Islam is a peaceful religion, yet their actions speak louder than their words.The attacks on U.S. embassies in Egypt and Libya are just the latest attempts to show just how peaceful they are.Other attempts would include their persecution of women, and other factions of Islam who disagree among themselves. If you haven’t noticed, Sunni and Shitte Muslims can not get along with each other, much less anyone else. I’ll not bother to go into the differences they have, but suffice it to say, their favored method of showing their disagreement is to shoot, behead, blow up, and otherwise kill the followers of the other sect. Yeah, that sounds really peaceable to me.Let us take stock of the moral intuitions now on display in the House of Islam: On Aug. 17, 2005, an Iraqi insurgent helped collect the injured survivors of a car bombing, rushed them to a hospital and then detonated his own bomb, murdering those who were already mortally wounded as well as the doctors and nurses struggling to save their lives.  Where were the cries of outrage from the Muslim world? Religious sociopaths kill innocents by the hundreds in the capitols of Europe, blow up the offices of the U.N. and the Red Cross, purposefully annihilate crowds of children gathered to collect candy from U.S. soldiers on the streets of Baghdad, kidnap journalists, behead them, and the videos of their butchery become the most popular form of pornography in the Muslim world, and no one utters a word of protest because these atrocities have been perpetrated “in defense of Islam.” But how can we continue to accept Islam as the religion of peace when the majority of the news coming out of the Islamic world is death, mayhem, and violence?Islam is not a religion of peace. The Muslims that I fear are those soft-spoken, nice-looking guys, labelled as ‘moderates’ in the west. I fear them because, despite inflicting serious damage to the west, they are not recognised as enemies at all. On the contrary, they are recognized as allies by western governments, who often turn to them for advice on how to defeat terrorism or put in political office! People like Abdel Bari Atwan, Azzam Tamimi,Tariq Ramadan, Zuhdi Jasser  and their likes are clear favourites to western media, because they say what the west likes to hear. They appear as regular guests in western media ‘experts in Islamic affairs’; the west turns to them to learn about Islamic issues. The media provides these ‘moderates in disguise’ with free platforms to spread their lies virtually unchallenged.They do not openly call for the destruction of the west, but they actively support all actions to achieve that goal. They do not openly support terrorism, but indirectly justify it. Or at least, they support actions to achieve the same end through nonviolent means.The idea that Islam is a “peaceful religion hijacked by extremists” is a dangerous fantasy—and it is now a particularly dangerous fantasy for Muslims to indulge. Is it a crime to stop a religion, which orders to kill, hate and discriminate in the name of god? Is it a crime against humanity if we fight for our rights of liberty of expression and saving our Western values?Muslims who are outraged by an amateur film produced by an Egyptian Christian do not seem to be equally offended when many crimes are committed in the name of Islam.     1]http://europenews.dk/en/node/58867.....2]http://www.jesus-is-lord.com/geert-wilders.htm 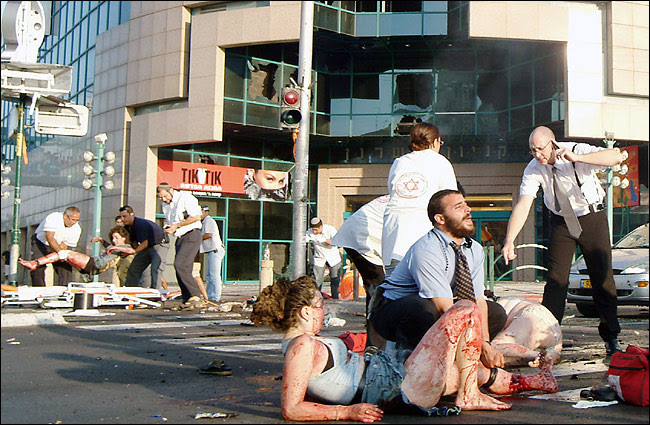 This death toll was five girls at a shopping mall. Who is doing the "hating" here?