The Holocaust in Croatia: Jasenovac

.                                                                           Adolf Hitler meets Ante Pavelic, upon his arrival at the Berghof for a state visit........ http://www.fantompowa.net/Flame/yugoslavia_catholic_church.htm                                                                                                                                            The Role of the Catholic Church in Yugoslavia's Holocaust During the Second World War in Yugoslavia, Catholic priests and Muslim clerics were willing accomplices in the genocide of the nations Serbian, Jewish and Roma population. From 1941 until 1945, the Nazi-installed regime of Ante Pavelic in Croatia carried out some of the most horrific crimes of the Holocaust (known as the Porajmos by the Roma), killing over 800,000 Yugoslav citizens - 750,000 Serbs, 60,000 Jews and 26,000 Roma. In these crimes, the Croatian Ustasha and Muslim fundamentalists were openly supported by the Vatican, the Archbishop of Zagreb Cardinal Alojzije Stepinac (1898-1960), and the Palestinian Grand Mufti of Jerusalem, Hajj Amin al-Husseini. Many of the victims of the Pavelic regime in Croatia were killed in the war's third largest death camp - Jasenovac.JASENOVAC, THE AUSCHWITZ OF THE BALKANS-Jasenovac was Croatia’s largest death camp. It was a network of several sub-camps, established in August 1941.  It certainly was a death camp, since the plan was to exterminate all its inmates.While the killing in Sobibor, Treblinka, or Auschwitz was carried out on an industrial basis, inJasenovac the Ustasha guards competed in killing contests, on an artisanal level.  The Croat Ustashas, the military wing of a clerical party whose symbol was the knife and crucifix, appeared to enjoy the burdensome labor of manual killing; they took pride in saving bullets, as they killed their enemies.  They used knives, hammers, axes. Occasionally they used saws.GRIZOGONO LETTER- Source: Letter written by Privislav Grizogono, a Croat and a Roman Catholic, member of the Yugoslav Diplomatic Corps, Minister to Czechoslovakia, Minister to Poland, addressed to Dr. Aloisius Stepinac, Roman Catholic Archbishop of Zagreb, Croatia, February 8, 1942. Published in translation by the American Srbobran, a Serbian paper of Pittsburgh, Pa., U.S.A., February 24, 1943: "These atrocities do not amount to killings alone. They aim at extermination of everything Serbian: women, children, and aged men, and in terribly wild tortures of the victims. These innocent Serbs were stuck on poles alive, and fires were built on their bare chests. Literally they were roasted alive, burned to death in their homes and churches. Boiling water was poured on live victims before mutilation; their flesh was salted. Eyes were dug out of live victims, ears amputated, noses and tongues lobbed off. The beards and mustaches of priests, together with their skin, were ripped off rudely by knives. They were tied to trucks and dragged behind them. The arms and legs of the victims were broken and their heads were spiked.  1]http://brainz.org/10-nazi-war-criminals-brought-justice/........2]http://en.wikipedia.org/wiki/Jasenovac_concentration_camp.......3] ..                     Jasenovac - The cruelest death camp of all times- A knife nicknamed "Srbosjek" or "Serbcutter", strapped to the hand, which was used by the Ustaše militia for the speedy killing of inmates in Jasenovac-http://www.youtube.com/watch?v=_lpYKVoNW3c&feature=player_embedded&skipcontrinter=1

A hammer from Jasenovac death camp used by Croats to kill the Serbs. This instrument of killing was used by Croats in all other places across the territory of Independent State of Croatia during the WWII.........http://www.holocaustresearchproject.org/othercamps/jasenovac.html 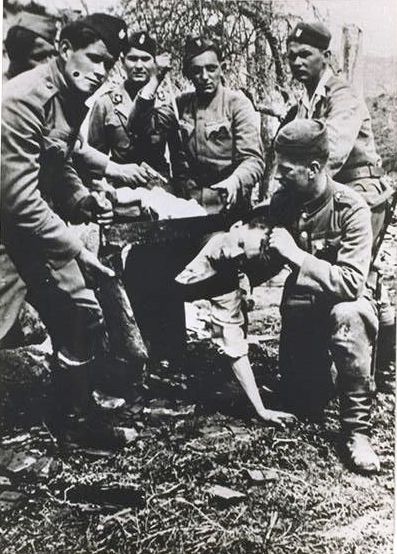 The Ustashi [Croat Nazis] very often used the most primitive weapons, such as forks, spades, hammers and saws, to torture their victims prior to their execution. They broke their legs, pulled off their skin and beards, blinded them by cutting their eyes with knifes and even tearing them from their sockets,......In this photograph Ustashi are torturing an Orthodox Serb with a saw prior to executing him... The photograph was found in the pocket of a dead Ustashi in 1945....http://www.holocaustresearchproject.org/othercamps/jasenovac.html

..........The largest number of Jasenovac camp inmates were killed in the village of Donja Gradina, which is located opposite of the Camp III-Ciglana on the right bank of the Sava River. It was a swamp, slightly covered with trees and shrubs. It was completely isolated. Its population was either expelled or killed. It is surrounded by rivers - the Una in the west and the Sava in the north and east. In the south, in the direction of Prosara mountain, were many bunkers and trenches with strong Ustasha forces. Such a location and the appearance of Donja Gradina predestined it to be the execution site of Jasenovac because the screams and cries of poor victims who were killed in the most horrible ways couldn’t be heard from there.http://www.srpska-mreza.com/library/facts/paris-genocide.html

........YUGOSLAV INFANTS LIE IN A ROW ON A STRETCHER IN THE JASTREBARSKO CONCENTRATION CAMP.THE USTASHI MOVEMENT HAD ITS MARCHING ORDERS AND BEGAN KILLING INFANTS, CHILDREN, WOMEN AND AGED SERBS AND JEWS. WHILE THEY FELL SOMEWHAT SHORT OF THEIR "ONE-THIRD" GOALS, IT WAS NOT FOR LACK OF TRYING. AT LEAST 800,000 SERBS AND JEWS WERE KILLED, 200,000 SERBS WERE FORCED TO CONVERT TO CATHOLICISM, AND QUARTER OF A MILLION MORE WERE FORCED INTO EXILE WITH THEIR LAND, HOMES, AND BUSINESSES CONFISCATED BY THE USTASHI MUSLIM-CATHOLIC ALLIANCE. 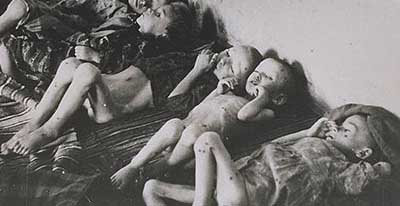 ...A UNIT OF USTASI MILITIA POINT THEIR RIFLES AT A GROUP OF BODIES LYING AT THEIR FEET. 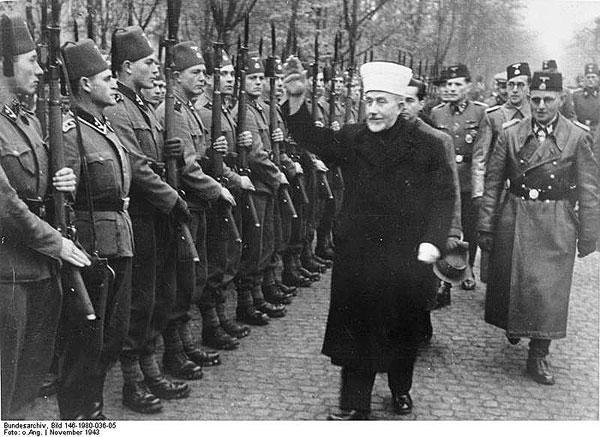 The Muslim-Catholic alliance that aided Nazis to kill Jews and Serbs-http://www.balkanstudies.org/articles/holocaust-revisionism-canada-ircg-case 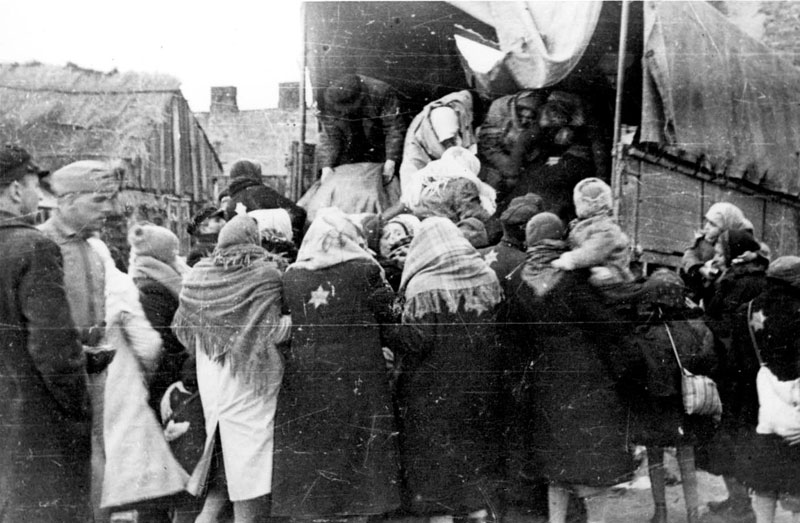 ..Macedonia and the Holocaust: Greater Albania
Over 7,000 Macedonians Jews were killed during the Holocaust in Macedonia, 1941-1944, rounded up and deported by German, Bulgarian, and Albanian forces:  http://www.islam-watch.org/Serbianna/Albanian_role_holocaust.htm ..................http://www.kosovo.net/skenderbeyss.html

The Balkans Chronicles -archives/ /http://max-balkanboy.blogspot.nl/2012/06/balkans-chronicles-archives.html
at 7:42 AM